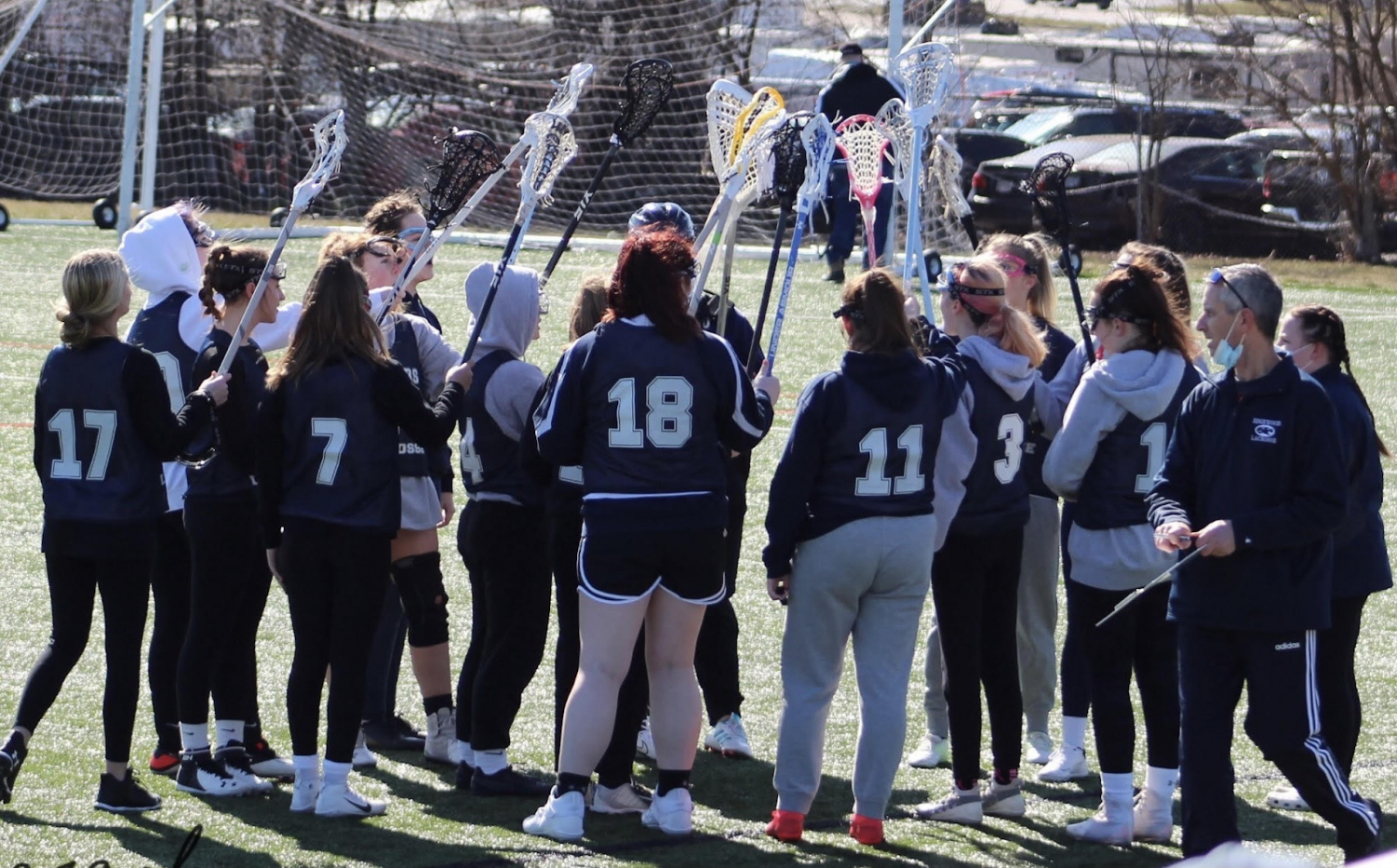 Edgewood has recently added girls lacrosse to its spring sports program. There has been a boys lacrosse team for five years now, and spring 2021 will be the first year that the boys lacrosse team moves from a club sport to an official school sport. The EHS girls lacrosse team is a club team and is in its second year.  This year, the girls have already participated in the Fall Women’s Tournament, and have been putting in work both on and off the field since September.

The Fall Mason Women’s Tournament was the team’s official debut. They had three games throughout the tournament — out of the three, they won one against Bishop Fenwick High School. Their leading scorers at the tournament were senior captain, Emily Miller, who’s in her seventh year of the sport, and freshman, Stella Anderson, who’s in her fourth year.

Along with the tournament, the girls have been conditioning and practicing well before the start of the 2021 season. “I think the start of the season is going pretty well, especially considering there’s a lot of new girls. We have a ton of team spirit — we’re doing good,” says junior Ja’Niyah Neal, the team’s goalie.

With lacrosse being new to the Edgewood community, there are a handful of new players.  Freshman Abby Foster is one of many new players on the team; “I’ve wanted to play for a while. My friends play, and outside of cheer, I really wanted to do a contact sport.” For Abby, being a new player has its challenges, “My weakness would definitely be endurance and trying not to give up, but the team is very nice and reassuring.”

For any other questions regarding women’s lacrosse or if you’re interested in playing, contact team captain Emily Miller. Abby states, “All the girls on the team are very welcoming and nice. I opened up pretty quickly around them… If you’re thinking about playing, for sure do it.”