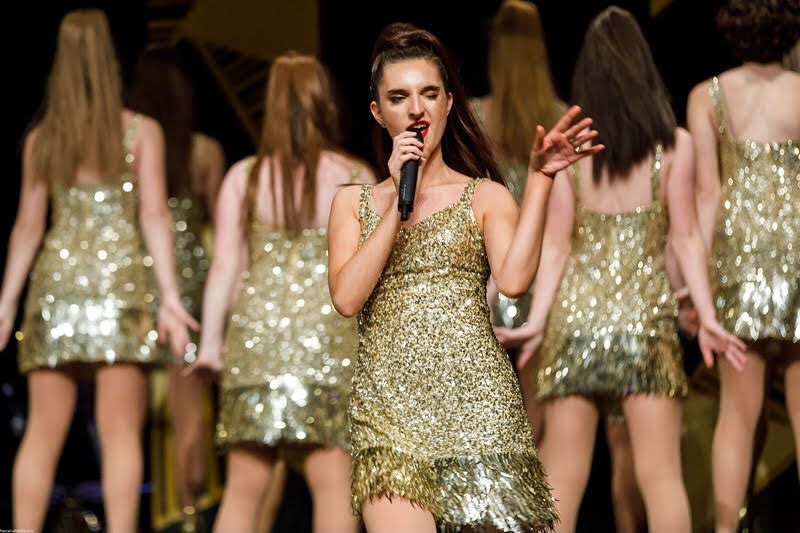 “Getting to do What I Love”

A singer, dancer, and Choralier dance captain, senior Jillian Harris has a passion for musical theatre, especially when it comes to singing.

Jillian was in third grade when she first stepped onto the stage. She performed in Edgewood High School’s production of Seussical The Musical, and has been passionate about singing ever since. She has six years of show choir experience under her belt, and also sings at her church. Jillian grew up watching the Edgewood Choraliers perform. She joined the middle school’s show choir, the Overtures, which she says was a “great introduction into the Choralier program.”

She enjoys being a Choralier, saying, “I love getting to do what I love, which is singing and dancing, with some of my best friends.” Jillian auditioned for dance captain this year, and was glad when she learned she made the cut, saying, “It felt so awesome to be recognized in that way because I have always looked up to the people who were dance captains in prior years.” Singing is where she is most confident, going on to say, “My entire life has been shaped by music and being a part of musical theatre and show choir. Singing has given me so much confidence as I’ve grown up and has connected me to the people I love.”

Choralier Director, Mrs. Wolf, first saw Jillian perform in a production of Seussical The Musical, and has watched her grow into the performer she is today. Mrs. Wolf notes Jillian’s talent, saying, “She is a natural on stage with a beautiful voice and a great deal of stage presence.” Mrs. Wolf chose Jillian for dance captain because she, “is willing to work hard, displays maturity, and stays focused on the task at hand.”

Jillian plans to major in Communications and potentially double major in something music-related in college. “I would love to find some way to incorporate the performing art into my career but if I can’t, I will definitely keep singing for fun.”