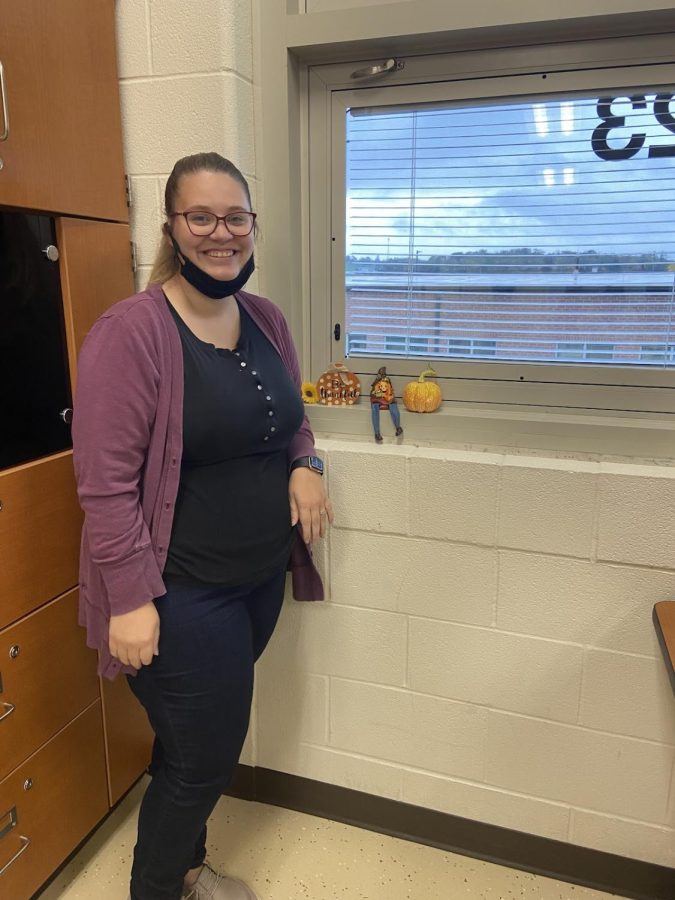 Traditionally during Thanksgiving season teachers and students look forward to a short two to three day break, but this year EHS students and staff have a week long break. Thanksgiving can mean different things to different people, but Thanksgiving is usually a time to spend with family and friends. The Thanksgiving break runs from Monday November 22 to Friday November 26. Kevin Johnson, who has been a teacher at Edgewood for 32 years said “ I think it is too long. Last time Edgewood had a break it took the kids a long time to get back into the routine.”  Edgewood has had a week-long break before, “ One time maybe 6 or 7 years ago” he said. Mr. Johnson said he is going to spend his break a couple of ways, “play poker with a couple of buds and spend time with family”. Reflecting and spending time with family is what Thanksgiving means to Mr. Johnson.

Heather Guehring has been a teacher here for 3 years. “ You are never going to hear me complain about having to much break like I am a huge fan of giving people intermittent breaks but I think if it meant like having a three day break here and having to other random Fridays off or like a extra long weekend in February or March when we all are just like dog tired I think I would rather have that” she said. Mrs. Guehring has had past experience with a week-long break. “ Yes, my previous school district always did a week-long Thanksgiving break and it was a bit of a shock to have to come here just for Monday and Tuesday,” she said.

Loren Burton, a senior, is in favor of the break. “ I am looking forward to it for like a mental break because I feel like at this point of the school year everyone is already tired especially with the pandemic going on” she said. Loren’s plans for the Thanksgiving break is to spend time with her family and take a break from school.

Madison Whicker, a junior, is also in favor of the break, “ I think it is going to be great,” she said. Over the break, Madison hopes to catch up on sleep and to have a mental reset, in addition to that Madison’s favorite part of Thanksgiving is seeing her family.

Sophomore Alli Witsken is also in favor of the Thanksgiving break. “I feel the week-long break is good. I think at this time in the school year, all the students are all feeling very tired and stressed, and the break is a good way to let some of that stress go, especially in a week’s time”. Alli said, “My plans are to spend time with family and probably hang out with friends. I also will be playing lots of volleyball within the week too” she said.  Alli will also be continuing family traditions this year. “We watch football and we eat obviously, and we’ve been doing this for as long as I can remember”.

Freshman Gracie Payne’s opinion on the break is, “ I think the break is perfect because people get more time to relax with their families. They could also plan trips to see their extended family because they have more time to do so. ” Over the break, Gracie will just spend time with her family. Gracie’s favorite part of Thanksgiving is her dad’s deep fried Turkey.

This year’s break has quite a bit of opinions on it but students and staff have a week to spend time with family, friends, and also to eat a lot of food.