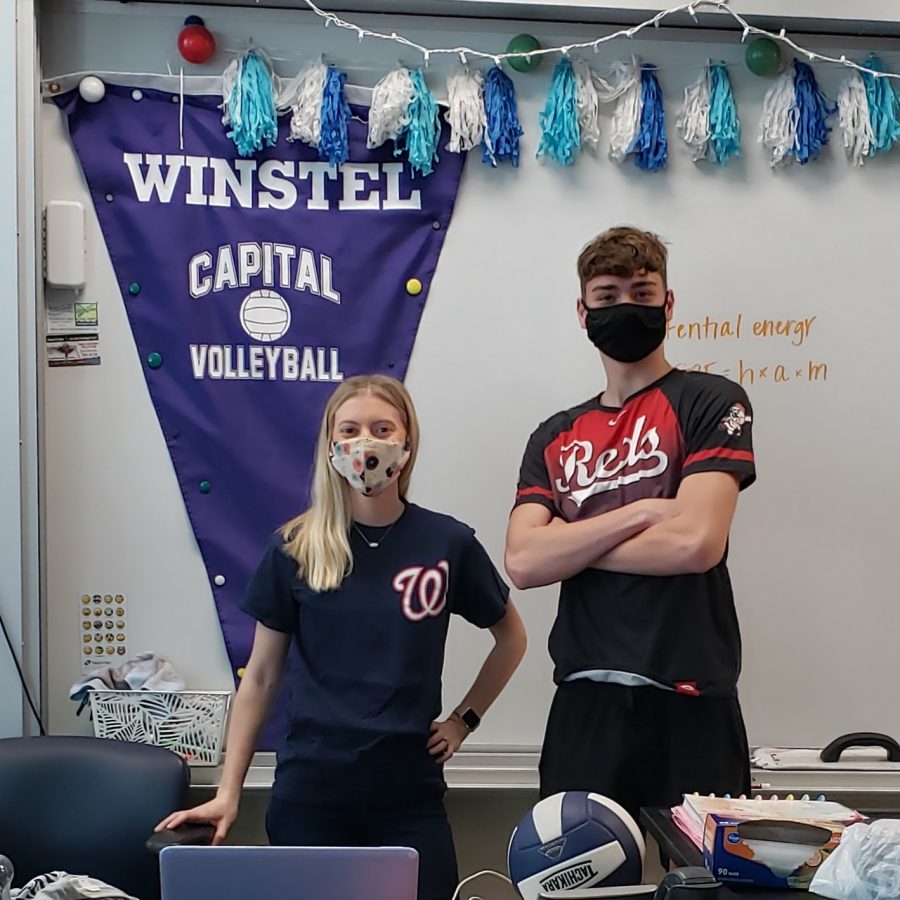 Science Teacher Mrs. Hollinger and Senior Luke Raibick can relate through a love of baseball, regardless of potential differences in political opinions.

On Friday, April 2, MLB announced that they would be caving to the pressures of cancel culture by moving the All-Star game out of Atlanta, Georgia. MLB cited the new voting laws in Georgia to be the reason for this change. The game will now be held in Denver, Colorado.

The new voting laws in Georgia include allowing for another Saturday of early voting, requiring photo ID or ID numbers when applying for mail-in voting, prohibiting giving food or drink to people within 150 feet of the election building and 25 feet of the line, and allowing drop-boxes during early-voting periods.

Despite support from powerful political figures such as President Joe Biden and Former President Barack Obama, many local officials and people on either side of the political spectrum have been speaking out against  MLB’s decision to move the game.

People also believe that politics should stay out of sports. Sports used to be a unifying part of our society. People would go to sporting events, such as baseball games, to escape from the news and politics of the world and simply enjoy the game with other people that also enjoy the game. People will celebrate with whoever is around them in the stands when their team hits a home run to win the game, regardless of their political views.

As politics continues to be injected into sports, the unifying factor of sports will decrease due to the natural divisiveness of politics.

Because cancel culture could have such a huge impact on America’s pastime, it begs the question: What, if anything, is sacred and safe from the mob?