Girls Lacrosse Kicks Off Their Season! 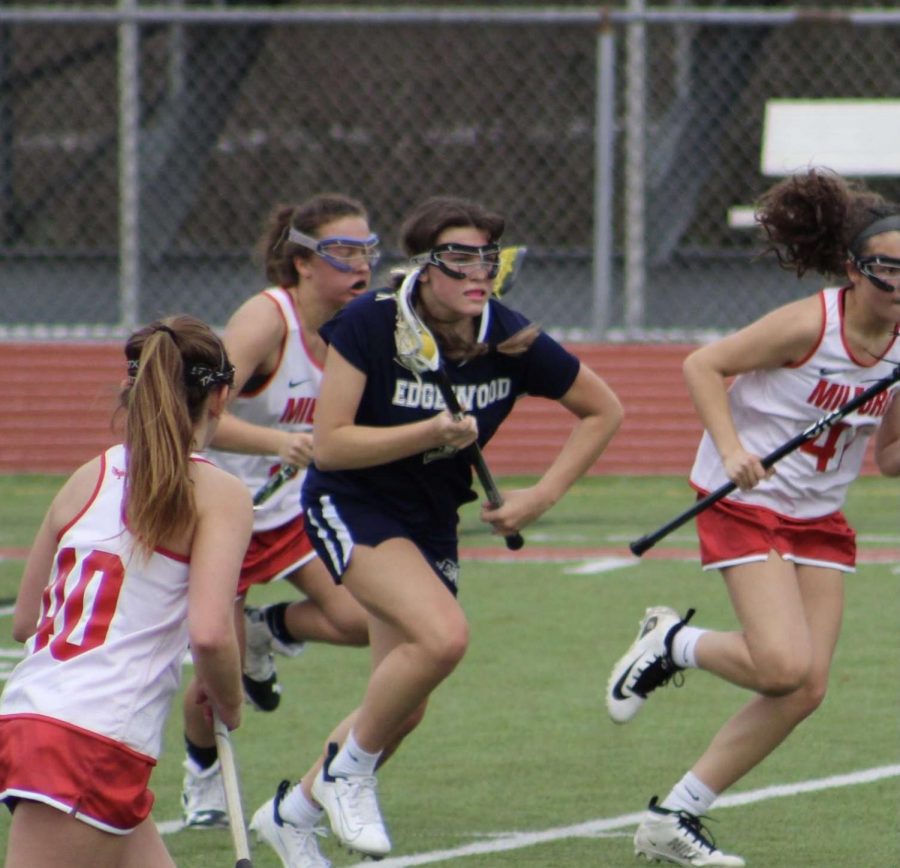 With a young and optimistic team, the girls Edgewood lacrosse team kicked off their season on March 27. The team consists of a new coach and young players, but they have a bright future. As the season kicks off, the players are excited to get familiar with each other and make memories. The team has been practicing and preparing for the start of their season with high hopes.

Freshman Maggie Henderson is very excited for the season and to see what the team is capable of. Maggie has played lacrosse before, but she is excited to play with new teammates. “I know we have a young team but we have some very good players and we are all looking forward to playing together and having a good season,” said Maggie. She also enjoys playing for the new head coach, Coach Urmie. Maggie explained how she has fun with the team and Coach Urmie. Maggie is very optimistic and sees a bright future with her team.

Sophomore Rachel Glancy shares the excitement for the season. This is Rachel’s first season playing lacrosse, but she is enjoying the new experience. Rachel said, “I love playing and it’s super fun, I’m learning more about the game with the help of my teammates too.”  She explained that the team has been working hard and is determined to play well, but they also want to have fun. At the end of the day, the team looks good and they have a very bright future ahead of them.